Beyoncé’s video “Spirit” for Disney’s “The Lion King” has officially launched and it is epic. The video is colorful, electrifying and mesmerizing. Blue Ivy also makes a cameo showing us she is truly a fierce clone as only Beyonce could fashion. The video was filmed in the Grand Canyon giving the real spirit of the Lion King. The video delivers magnificent views and stunning couture looks. In the opening scene, Beyonce is wearing an exotic pastel purple couture gown statuesque 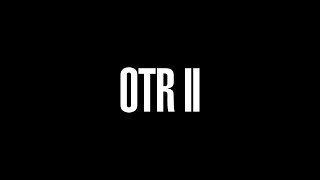 Jay Z just celebrated his 46th birthday on Friday December 4 and the whole world rejoiced with the Roc Nation mogul. The messages of love came pouring in on Jigga’s twitter page and Jay Z was surprisingly emotional to say the least. The most important birthday wish of course came from his elated mother in law, Tina Knowles-Lawson. Tinas Knowles-Lawson’s heartfelt message spared no level of appreciation and adoration for her son in law. "Happy Birthday to my handsome, brillian

Celebrityity Indulgence at its Best!

Hottest image of the week!